Yves here. I continue to get requests to explain Modern Monetary Theory. It isn’t easily done in a few words, but fortunately, the academics and writers associated with the New Economics Perspectives blog keep publishing primers of various sorts. This one takes a different approach in using visuals to help illustrate the difference between how most people believe the money system operates versus how it really works.

WARNING: The diagrams start out by illustrating the faulty perception of money as understood in the halls of Congress, by the main stream media, and, by infection, most of the public.

If you are going to read this article, do not stop at the explanation of the first diagram, and think that you have learned something.  You have to read further to understand what is wrong with the first 7 or so diagrams.

There is also a part 2 of the story – DIAGRAMS & DOLLARS: modern money illustrated (Part 2). Your goal should be to understand the final diagram. It is very well explained in the article. 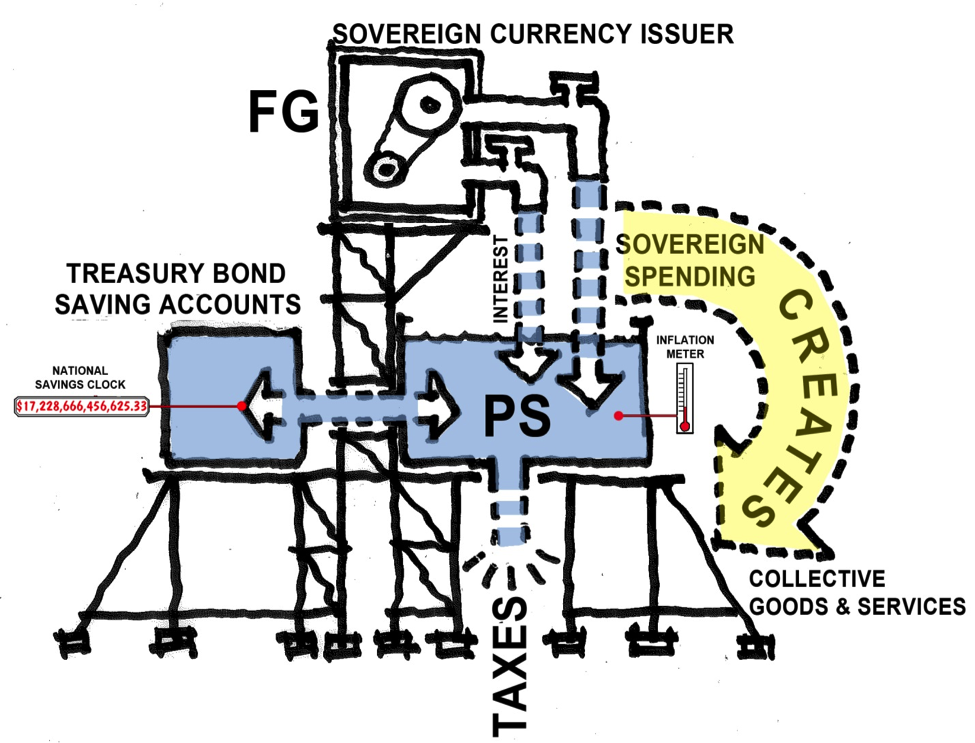 If I have any quibble at all with the presentation toward the end it would be about the following statements in the article:

If Congress runs a “budget surplus” for long, the Private Sector will either have to diminish its economic activity in general (go into recession)—or plunge hopelessly into debt (borrowing bank money it can’t repay, possibly causing a banking crisis)—or both.

This sentence could be enhanced by admitting to the possibility of deflation as another alternative. In fact, the problem is that deflation alone won’t occur for reasons that can be discussed. Deflation will happen in concert with recession and borrowing. If we could create deflation without the other two, then maybe it wouldn’t be so bad for the PS pot as a whole.