Yet the strong dollar also makes U.S. goods and services more expensive for foreigners to buy, reducing demand for American-made exports. That’s cutting into corporate profits and could even cost American jobs, potentially slowing the nation’s pace of growth.

If the dollar remains strong, inflation is unlikely to rise much in the near future as the Fed has been hoping. The central bank for months had stuck to a prediction that the decline in inflation was a temporary phenomenon that would soon be reversed.

I wonder how this news fits in with Rand Paul’s brilliant analysis of how Fed policy of creating too much money out of thin air combined with our deficit spending are going to bring on the ravages of inflation.  The Fed just seems to debasing our collapsing dollar that nobody in the world will want anymore. 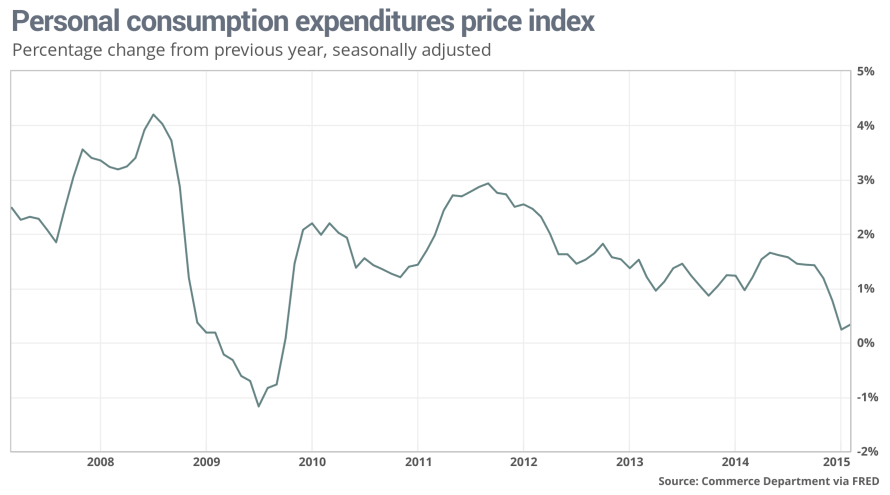 I have no idea what the personal consumption expenditure price index is, but the Fed seems to be having a devil of a time getting it anywhere near a 2% target rate. It did seem to rise rapidly when we had some economic stimulus coming from our fiscal policy, but now that Obama is lowering the deficit, the inflation rate is dropping back near the recession level.

As for Rand Paul and his father Ron Paul, what do they call medical experts who prescribe large doses of the wrong medicine at exactly the most inopportune times?