I hope all sides understand how the game is played.  When Obama takes office, maybe all can fine-tune their rhetoric.

I can see Obama needs to show his tougher side to prevent foreign powers from taking advantage of him. However, I wish he could find a way to do so without appearing to continue the blind, unilateral policies of the Bush administration.  While it may be true that Obama believes that it is “unacceptable” for Iran to develop nuclear weapons, he still gets to choose which truths he speaks about in any situation.

He could have emphasized that he hopes that in a new atmosphere the two sides could talk to each other frankly about the issues that concern them and come to a timely and peaceful resolution. He could also emphasize that the U.S. will always have the strength to protect its own interests, but it never hurts to discuss common concerns with the people who disagree with you.

Obama could have chosen not to make such overt threats against Iran. It may be that fear of American right-wing backlash caused Obama to feel that he had to say what he did. Every now and then, I get the feeling that even Obama is not immune to the raging propaganda that we get for news in this country.

This news raises a few questions in my mind.

How did the Chinese government get so smart about running a capitalist economy? How is it that a  former communist country knows more about macroeconomics than John McCain and his advisers? Could it be that they have left ideology behind in order to focus on what works? Will the few remaining Republicans in the US Congress get out of the way and let President-Elect Obama and the Democrats do what needs to be done? 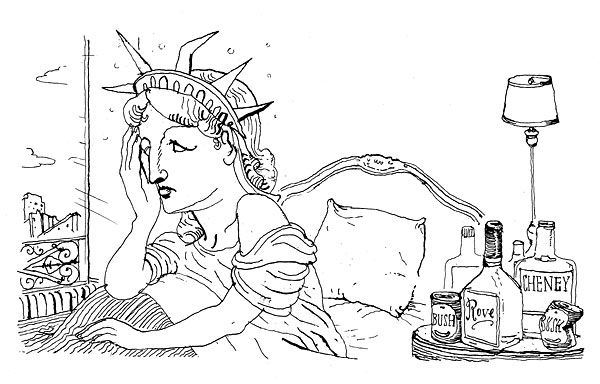