The article Why All the Robo-Signing? Shedding Light on the Shadow Banking System by Ellen Brown finally provided me with the details about why the Robo-signing is such a big deal. I’ll try to give you a clue as to what is in the article with this teaser.

The robo-signing largely involved assignments of mortgage notes to mortgage servicers or trusts representing the investors who put up the loan money.  Assignment was necessary to give the trusts legal title to the loans.  But assignment was delayed until it was necessary to foreclose on the homes, when it had to be done through the forgery and fraud of robo-signing.  Why had it been delayed?  Why did the banks not assign the mortgages to the trusts when and as required by law?

Having read Ellen Brown’s articles before, I have learned that she has a thing against fractional reserve banking.  I fully expected her to go completely off the rails in this article in her usual way.  I was pleasantly surprised to see that she relegated her prejudice to one small paragraph that can be easily ignored.  It does not affect the veracity of the rest of the article.

This is just the latest minor part of The Boston Globe‘s attacks on Tim Murray, the Lieutenant Governor of Massachusetts. 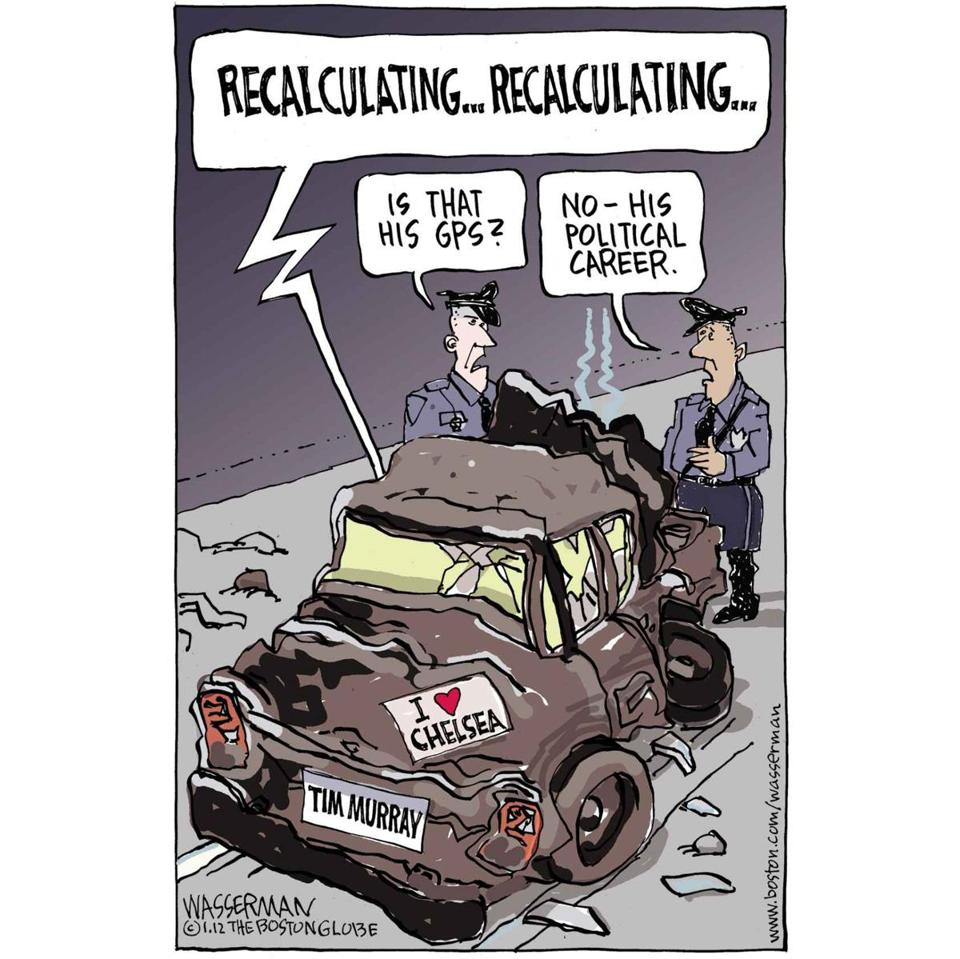 The Boston Globe obviously has taken a dislike to Tim Murray. Why don’t they just come right out and explain why?

Wasserman may think it is cute to talk about Murray’s troubles while not making any mention of The Boston Globe‘s concerted effort to bring about his downfall, but I, for one, would like to know what is really going on here. What is the ulterior motive?

I have heard a rumor that Steve Grossman, our state treasurer, wants to run for Governor and is trying to torpedo Murray’s career. I have this from a not highly reliable source.

Nation of Change has this surprising editorial, A Crisis in Two Narratives.  I wouldn’t be surprised if this weren’t a new attempt at the far Right, upper 1% to come up with yet another alternative to Keynesian economic prescriptions for what ails the world economy.

You might be entertained by reading the article.  If you don’t immediately see the flaws in this silly argument, let me add my take on what is said in this article.  The quoted sections come from the article.

This has got to be one of the most misguided analyses I have read in ages. I am surprised to see it in Nation of Change.

“But, as Tyler Cowen has argued in his book The Great Stagnation, once these “low-hanging fruit” were plucked, it became much harder to propel growth from the 1970’s onward.”

If, indeed, it became difficult in the 1970s, more likely the problem was the onslaught of wealth transfer from the bottom to the top.

“If this diagnosis is correct, advanced countries need to focus on reviving innovation and productivity growth over the medium term,”

If the diagnosis is correct, how is it possible that making companies able to produce more with less labor (productivity growth) going to put people back to work and increase demand?

Reregulate the banks so that we can shift the focus of our economic growth away from money manipulation which destroys jobs, and toward making useful things that require workers. We need to stop the anti-union forces so that those workers share the benefits of productivity gains that they help make possible.

Finally, the government should rebuild infrastructure now while there is slack in the economy and it will be cheapest to do. We are running trillions of dollars of deficit on the infrastructure rebuilding that is necessary to do in any case, and now couldn’t be a better time to do it.

The Nation Of Change has the article, How Swedes and Norwegians Broke the Power of the ‘1 Percent’.

While many of us are working to ensure that the Occupy movement will have a lasting impact, it’s worthwhile to consider other countries where masses of people succeeded in nonviolently bringing about a high degree of democracy and economic justice. Sweden and Norway, for example, both experienced a major power shift in the 1930s after prolonged nonviolent struggle. They “fired” the top 1 percent of people who set the direction for society and created the basis for something different.

Didn’t the U.S. have a major power shift in the 1930s?  How come the Swedes and Norwegians have managed to keep their shift longer than we did?

I don’t think the following articles are the answer, but they do show how far we have to go.

From Truth Out we have, Wall Street: The Candidate’s Friend.

President Obama may talk a good populist game and even kick some corporate butt when he goes on the attack against Wall Street “fat cats.” Yet he still enjoys the company of bankers — see our “On Democracy” essay on the subject — and for all their grumbling about his policies, the investment community is coming up with significant cash for his re-election; the kind of change they believe in.

The article from Truth Out points to the article from the Sunlight Foundation, Political Contributions from Financial Sector Increased 700% Since 1990.

A new analysis prepared by the Sunlight Foundation shows that wealthy financial sector donors gave $178.2 million in political contributions in 2010, more than ten times what they gave 20 years ago. More than any other industry, individuals from the finance, insurance and real estate (FIRE) sector, particularly those in securities and investments, are the key drivers of the overall growth of elite donors, or what Sunlight calls The Political One Percent of the One Percent.