Truthout has an the article A Turning Point for the Charter School Movement.

Republican Gov. Charlie Baker of Massachusetts poses for a selfie with supporters of his effort to lift the state’s cap on charter schools. Charters are facing formidable opposition this election season: Democrats passed a resolution this month opposing the proposed charter school expansion in Massachusetts, and residents will vote on the proposal in November. (Photo: Charlie Baker / Flickr)

It’s been almost 30 years since Albert Shanker, president of the American Federation of Teachers, introduced the idea of charter schools as a way to better serve the highest need students. He envisioned a unionized workforce, empowered teachers and diverse student bodies. The best examples of charters today may adhere to Shanker’s vision, but most don’t — only around 12 percent are unionized, a quarter of teachers leave their schools each year (twice the rate of public school teachers) and they’re more likely to be “intensely segregated” than public schools.

Because the problem of educational inequity remains so entrenched, some families still seek out charters as the best option for their children. But the structural solution to inequality will never be a separate-but-sometimes-equal system.

This is particularly appropriate for our friends who consider themselves to be Democrats and who think that raising the cap on charter schools is something that we can do to help under-served school aged children.

The charter school movement is nothing more than an attempt by the oligarchs to privatize more government services to rob the poor and give to the rich. The motive is well hidden by deceptive rhetoric to make the people being robbed think that they are being helped.

Naked Capitalism has the article Is ‘Our Revolution’ the Way To Build Transformative Politics? by Lambert Strether.

Lambert Strether points us to the following interview on The Real News Network.

Bill Curry and Paul Jay discuss the objectives and controversy around the launch of Bernie Sanders, ‘Our Revolution’

Lambert Strether says about Our Revolution:

In fact, I consider the emergence of independent, stand-alone, and big left entities more important than which presidential candidate gets elected; “elections come and go,” as Sanders says. So, naturally, I fit “Our Revolution” into that picture, and I feel a good deal of hope for it. It’s pretty rare for me to be hopeful about politics!

After watching the interview, I come away with the opposite feeling.

When Paul Jay can tamp down his own view and let the interviewee speak, we get to learn some important lessons. Paul Jay wanted too strongly to suppress the idea of the importance of educating the public. I only wish they had gotten into a deeper discussion of what the successful movements did to accomplish the education of the public.

For a long time I have been saying that organizations that I have belonged to need to spend more time in the off season to educate the public. Trying to do it when an election is imminent is too late. Over the last 40 or more years, this seems to be the lesson that the Republicans, conservatives, and oligarchs have learned well. I only wish I knew how to help do it for progressives. I keep looking for experiences that will teach me how I can help educate.

Ironically, The Real News Network is all about educating the public in between elections. That works for people like me who are always looking for discussions of issues and has the time to read and watch. I want to know how to spread that knowledge to a much wider audience. Curry mentions a number of progressive movements that were successful at the grass roots level, which is where I live.

The oligarchs are always touting how well the economy is doing by, for instance, talking about the run-up in the stock market.

There is a government program to which we can apply the same logic and standards. Look at the government run lotteries. Have you read about all the people who have won $100s of millions of dollars with a single ticket. The government doesn’t even incur any debt nor take any taxes for this miracle to happen. These lotteries even lower the deficit. The government puts out a product at a very cheap price, and the buyers come running of their own free choice.

You don’t hear much in the corporate press about any down side to this wonderful government program. It must be the greatest thing since sliced bread.

I will let you suggest where I should have put the

YouTube has the video Steve Greenberg at the Jill Stein Open the Debates standout.

Who is this guy running around posing as me? 🙂

Previously, I posted a description of how one goes about Making Electronic Voting Transparent.

The thought just occurred to me that the way to make this happen is to set come standards. Who better to set these standards than the National Institute of Standards and Technology (NIST)?

From the smart electric power grid and electronic health records to atomic clocks, advanced nanomaterials, and computer chips, innumerable products and services rely in some way on technology, measurement, and standards provided by the National Institute of Standards and Technology.

Founded in 1901, NIST is a non-regulatory federal agency within the U.S. Department of Commerce. NIST’s mission is to promote U.S. innovation and industrial competitiveness by advancing measurement science, standards, and technology in ways that enhance economic security and improve our quality of life.

What could be more in need of some improved measurement science than how to count the votes that are the foundation of our democracy?

If you’d like to live in a world where the government didn’t interfere in your private life, where you paid minimal taxes, and were free to do whatever you wanted as long as it didn’t infringe on others freedoms? Well then, you might be a libertarian…or you might not be a libertarian. Hasan Piker of Pop Crunch breaks down libertarianism.

I used to believe in Libertarianism until I figured out what this guy has figured out. My epiphany came in 1962. I guess I stopped being surprised many years ago that some people just never outgrow their fascination with this utopian scheme that has a huge blind spot to the major part of reality.﻿

YouTube has the interview Jill Stein: Time To Reject The ‘Lesser-Evil’ & Stand Up For The Greater Good.

MintPress editor in chief Mnar Muhawesh interviews Green Party Presidential candidate Dr. Jill Stein on how alternative voices during elections are purposely excluded because of their anti-corporation and anti-war stance on politics.

This is the interview that was part of my previous post Mnar Muhawesh: Why I’m Choosing Peace & Voting Jill Stein For President.

This may be over a year old, but as things have unfolded more recently, these remarks are more relevant today than they seemed to be a year ago. I didn’t pay much attention to Jill Stein because I was happy with Bernie Sanders, and he even had a chance of winning. Now that we don’t have Bernie Sanders to pin our hopes on, I find that Jill Stein actually represents my point of view even better than Bernie Sanders did.

Mint Press has the article Mnar Muhawesh: Why I’m Choosing Peace & Voting Jill Stein For President.  Here is just a taste of what is in the commentary of the article.

Stein’s plan would redirect these billions — by far the biggest expenditure in the federal budget — into creating a “Green New Deal,” a peace economy built around a transition from fossil fuels to renewable energy. The Green Party candidate plans to “[c]reate millions of jobs by transitioning to 100% clean renewable energy by 2030, and investing in public transit, sustainable agriculture, and conservation.”

As a proponent of Modern Money Theory (MMT) I am always pointing out the fallacy of thinking that we have to increase taxes or cut the budget to “afford”  some government program.  As I step back and consider what is being said here, I have to admit that there is nothing wrong with avoiding expenditures that we  do not need to make, and that are actually harmful  to us.

The limits of what the government can do come from real resources, not from the creation of money which the FED does everyday with some keystrokes on a computer keyboard.  The money we  spend on the military budget is used to employ real resources that would be better used  for more peaceful purposes.  So in that sense, it is a very good idea to cut the military budget and put that money (and the resources that money buys) to more productive uses.

Have you ever thought about how much you depend on electricity and the internet?

I had a horrible thought as I got some money out of an ATM machine recently.  Since I mostly use a credit card, I seldom need cash.  I may go to an ATM machine every few months just to make sure I am not down to my last dollar bill.

With the vulnerability of our power grid infrastructure and the increasing electronic dependence of most business transactions, what would I (or you) do if we had a regional or nation wide power outage that lasted for weeks?  Or maybe even days?  How would you eat?  How would you travel without gasoline electrically pumped into your car at the gas station?

As great a nation as we think we are, what would happen if someone or some group figured out how to crash our power grid?  What if some natural disaster took it  down?  What would rugged individualism get you?  At least I can go out and eat the bark off the trees in my yard.

I guess I never did get around to posting the link to the Naked Capitalism article What Will You Do When The Lights Go Out? The Inevitable Failure Of The US Grid.

Think Progress has the article Fracking’s Total Environmental Impact Is Staggering, Report Finds which contains a link to the original report.

“For the past decade, fracking has been a nightmare for our drinking water, our open spaces, and our climate,” Rachel Richardson, a co-author of the paper from Environment America, told ThinkProgress.

Maybe natural gas acquired by fracking is not such a clean transition away from oil.  We are heading toward disaster all the while we are fooling ourselves into thinking we are slowing our steady march toward that disaster.

If you want to consider Hillary Clinton’s part in this ongoing march, consider the Nation of Change article There’s Something Iffy About Hillary’s Pick to Set Up her White House. 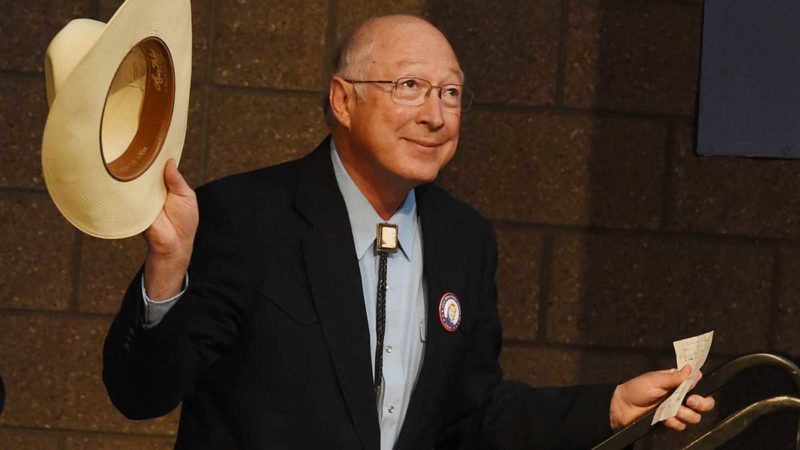