Moon of Alabama has the article U.S. Will Come To Regret Its Assassination of Qassim Soleimani.

Today the U.S. declared war on Iran and Iraq.

War is what it will get.

Earlier today a U.S. drone or helicopter killed Major General Qassim Soleimani, the famous commander of the Iranian Quds (‘Jerusalem’) force, while he left the airport of Baghdad where he had just arrived. He had planned to attend the funeral of the 31 Iraqi soldiers the U.S. had killed on December 29 at the Syrian-Iraqi border near Al-Qaim.

I have no idea whether or not Iran has the capabilities of making good on its threats. This is the type of thing for which I coined Greenberg’s Law of Idle Threats.

Never make a threat you don’t intend to carry out. If you have any doubts about your ability to carry out the threat, do not make it.

If you never test the opposition about whether they make idle threats, then you enable them to ignore this law.

In a CNN/SSRS poll released April 30, Biden is shown with an impressive 24-point edge over Sanders, with 39% of voters saying they supported him, compared to just 15% for the Vermont senator. However, a Grit Post analysis of the results found that the poll noticeably excluded voters under the age of 50 in coming to that conclusion.

I archive this story on my blog so that I will have it handy if someone ever disagrees with my thesis that the oligarchs’ news media tells blatant lies.

At last, a meaningful measure that I have been wanting to see. I think this measure is much harder to manipulate by the candidate than quoting the size of the average donation. The average donation can be made to appear much smaller by the candidate asking for a flood of $1 donations while still depending for most of the money raised to come from a small number of large donations. In the fudged number case, the large donors still have a much larger voice with the candidate than any one of the small donors.

This may be the one article that is the exception to my “law”.

Greenberg’s Law of The Media

If a news item has a number in it, then it is probably misleading. 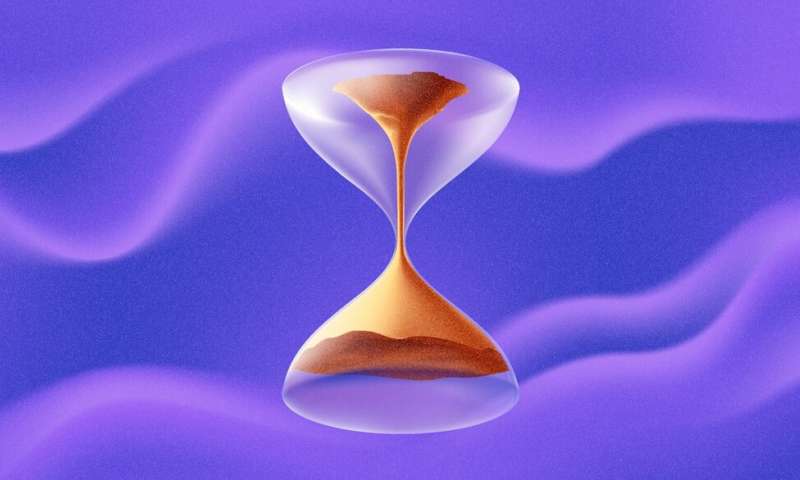 As I learned in college physics, if you think you have found a violation of the second law of thermodynamics, you have probably ignored an external force that caused the seeming violation. It seems so obvious in this story.

they examined a solitary electron in empty interstellar space.

they examined a solitary electron in empty interstellar space.

Although this phenomenon is not observed in nature, it could theoretically happen due to a random fluctuation in the cosmic microwave background permeating the universe.

Seems like that “empty space” wasn’t so empty after all. That empty space contained exactly the force that could make a seeming violation of the second law.

Inequality.org has the article A New Statistical Shell Game for Justifying Billionaires.

Some daring conservatives are using the successes of Scandinavia to rationalize grand private fortunes.

I put this post under Greenberg’s Law of The Media – If a news item has a number in it, then it is probably misleading because this article debunks an attempt to mislead with numbers.

The losses stateside came despite the release of data which showed the U.S. economy grew at an annualized rate of 2.6 percent in the fourth quarter of 2018, according to the U.S. government. That was above forecasts of economists polled by Dow Jones, who expected the economy to grow at a pace of 2.2 percent.

Maybe there are enough astute investors who realize the GDP, which grew at 2.6%, includes gains made in the FIRE sector (Finance, Insurance, and Real Estate) Any growth in that industry is a dead weight overhead on the economy, and actually subtracts from the productive capacity of the economy.

When Trump brags about the growth of GDP, he surely hopes that most of the people in the 99% don’t know this about the GDP. Then again, maybe Donald Trump doesn’t even know that buying and selling real estate does not add anything to the economy. Building real estate does add something if it is useful for carrying out business or satisfying a real need.

Yes, there is fake news, and it comes out of Donald Trump’s mouth when he talks about stories like this one.

AP news has the article Leahy backs Sanders in shift from 2016.

On the first day of his presidential campaign, Bernie Sanders picked up the support of his fellow home-state senator, Democrat Patrick Leahy.

Leahy, who endorsed Hillary Clinton in the 2016 Democratic primary, says he’ll back Sanders this year.

I got into an interesting conversation on an Ernesto Cruz Facebook thread.

Steve Greenberg The other candidates like Kamala Harris and Amy Klobuchar may have raised similar amounts of money after they announced, but where did their money come from? How much came from small donations, and how much came from Wall Street?

Steve Greenberg You can divide the money by the number of donors to get a mathematical average, but you won’t know what fraction of her money came from big donors and how much can from small ones.

As an extreme example, only to show you the point I am making, She could have received 38K dollars total from all but one of those 38K donors giving $1 apiece, and $1.5M from one Wall Street PAC.

There actually was a point in the 2016 campaign where Hillary Clinton was specifically asking for $1 donations, so she could skew the meaningless average.

Steve Greenberg Few news media will be smart enough (or honest enough) to tell you what fraction of money raised came from donations under $200. Most will either stupidly report the average or slyly report the average knowing full well that they are giving a false impression.

I refer you to Greenberg’s Law of The Media – “If a news item has a number in it, then it is probably misleading.”

New Eastern Outlook has the article Israel Baits the Hook. Will Syria Bite?

At face value, for Iran to inexplicably launch missiles at Israel, unprovoked and achieving no conceivable tactical, strategic, or political gain strains the credibility of Israel’s narrative even further.

But it is perhaps published US policy designating Israel as a hostile provocateur tasked with expanding Washington’s proxy war against Damascus that fully reveals the deadly and deceptive game Israel and the Western media are now playing.

For years, US policymakers admitted in their papers that the US desired regime change in Iran and sought to provoke a war to achieve it.

This article provides an analysis that I had not considered before. Perhaps Russia is being wise to avoid retaliation against unprovoked attacks from the USA and Israel. Still, I wonder if it makes any sense for Russia to make threats that it knows it is not prepared to carry out. If the USA specifically wants Russia to carry out these threats, that may be an even better reason not to make them.

I don’t doubt that Vladimir Putin has thought about this more deeply than I have. Perhaps he has a strategy that I am unable to recognize.

Yahoo has the article Exclusive: Russia doesn’t have firepower to retaliate against Trump, says ex-Putin aide.

Russia doesn’t have the financial capability to retaliate to a military intervention in Syria by the US.

That’s according to a former senior aide to Vladimir Putin, who has told Yahoo Finance UK that threats from Moscow of a ‘backlash’ against the US are completely unfounded.

Given “Greenberg’s Law of Idle Threats”

Never make a threat you don’t intend to carry out. If you have any doubts about your ability to carry out the threat, do not make it.

If you never test the opposition about whether they make idle threats, then you enable them to ignore this law.

My worst fear is that either Russia’s threat is an idle one, or Trump thinks it is, and will apply my corollary.

Perhaps China is intending to add to Russia’s threat credibility. This is how I interpret Pravda’s news story China supports Russia in diplomatic war against the West.

One can also imagine a Russian retaliation that is not too financially expensive for Russia to carry out without China’s help.

I forgot to put in the link to the CNN article Chinese defense chief says his trip to Russia is a signal to the US.

The US should take notice of China and Russia’s increasingly close military ties, a top Chinese official said Tuesday.

The result of my scatter plot came as quite the surprise to me: there was just about no correlation between number of guns and number of gun homicides.”

So what DID prove a strong correlation? Homicides versus the “GINI” coefficient. GINI is the measure of income inequality in a nation.

The graph he presents makes little sense as an explanation of the excerpt above. I have yet to figure out exactly how the horizontal axis of the graph should be labeled to make sense of it. We must also remember that correlation does not prove causation. However, at least in this case the premise does make sense to me. Given this hint of what these measures might be indicating, I’d like to see someone publish a real study of the possibilities.

Reluctantly, I have to file this story in the category of Greenberg’s Law Of The Media – If a news item has a number in it, then it is probably misleading.